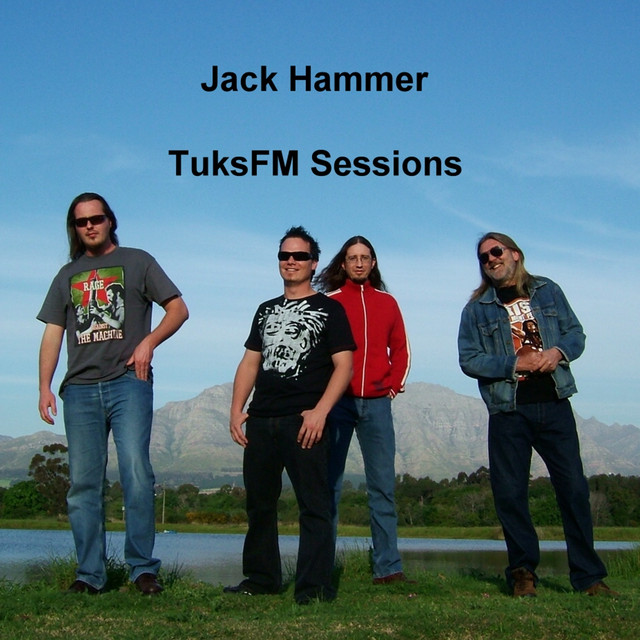 “Mozambique” and “Morrison Hotel” on this album are 2006 re-recordings. The original verison were released on The Pilgrim. 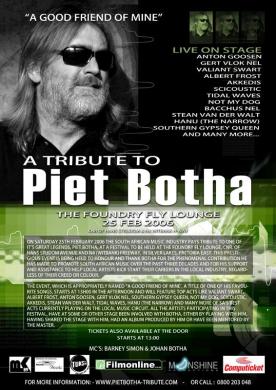 In February 2006, a few weeks before the Tribute To Piet Botha gig at the Foundry Fly Lounge, Jack Hammer went into the studio to record a special EP CD for TuksFM. These recordings all feature guitarist Tonie van der Walt, who had replaced Johnathan Martin in early 2005. Tonie’s brother Lanie, who recorded this CD, had been the Jack Hammer guitarist for the ‘Death Of A Gypsy‘ album in 1996 and he also produced Piet Botha’s ‘Die Mamba‘ as well as Jack Hammer’s ‘The Pilgrim‘ and ‘Live At The Nile’ CDs.

‘Highway To The Sun’ is a classic Jack Hammer tune about travelling, a recurring theme in Botha’s extensive songbook. ‘Lonely Hearts’ is a song of longing which rocks along pleasantly with some great guitar playing. The new Jack Hammer re-recorded two songs from ‘The Pilgrim‘. ‘Mozambique’ gets a new feel, and the Zulu words paying tribute to the late Gito Baloi are now sung in English.

‘Morrison Hotel’, another ‘Pilgrim’ track, is about searching for Jim Morrison of The Doors, but this is not a cover version as The Doors never actually recorded a song called ‘Morrison Hotel’, this was just the name of one of their albums. This version features a piano solo rather than the swirling organ of the original and it is interesting to compare the two.

‘Sail Away’ is a Neil Young cover, which Botha makes his own with his gruff and impassioned vocals. Botha has always been a huge fan of Freedom’s Children‘s 1970 album ‘Astra’ and covered ‘Tribal Fence’ and ‘The Kid He Came From Nazareth’ (as ‘Russian and Chips’) on ‘The Pilgrim‘. Here they cover another song from that album, ‘Slowly Towards The North’, written by tortured poet, Ramsay Mackay.

This 6-track CD is a worthy addition to the Jack Hammer catalogue. 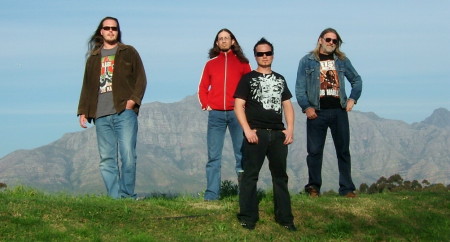