The Lyzyrd Kyngs: A Few Grains Of Sand

Recorded at The Chateau Lezard in Somerset West during August and September 2014.

“Blues For Robert” (a tribute to Robert Johnson) was originally recorded by The Lyzyrd Kyngs in 2012 and released on One Night Only in 2012.

“Mama Afrika” originally recorded by Akkedis in 2010 and released on Afrika My Baby.

“The Game” originally recorded by Trip featuring Piet Botha & Jonathan Martin in 1998. This version was released on Bootleg in 2001.

South African blues-rock outfit The Lyzyrd Kyngs released their second full-length album, A Few Grains of Sand, at the end of 2014. An event that has been somewhat under-reported in the mainstream media, which is a crying shame, because it is a damn fine collection of songs, showcasing the collective talents of some of South Africa’s most enduring blues-rock musicians.

In a recent interview Piet Botha, well known frontman of the band Jack Hammer and now also one quarter of The Lyzyrd Kyngs ensemble, responded to a question about the state of the music industry by saying, “the Internet will continue to bring great changes and may still be the salvation of rock n roll …”. In that case let this be my small salvo in support of that statement.

A few weeks ago I was the slightly inebriated recipient of above-mentioned album when I bumped into the band at Ye Olde Bell, a landmark watering hole in Somerset West about 50 km outside Cape Town. A copy of the CD was generously thrust into my hands after they finished their live act, which was enthusiastically supported by some locals – so enthusiastically that I couldn’t really form a solid opinion of the album amid the cacophony and crush of the crowd. It was only the next day that I really got into the groove of the not-so-new album when I popped it into my car’s CD player as I cruised the twisty bends of the R44 snaking its way along the eastern coast of False Bay. Since the road lead past the holiday hamlet of Pringle Bay, the drive itself was a slightly serendipitous journey into nostalgia – for it was on this very road that two of the Lyzyrd Kyngs, Arthur and Rudy Dennis, in their other long-standing incarnation as Akkedis, shot an entertaining Afrikaans folk-rock music video back in 2010.

It was a happy coincidence to be reminded of the folksy twinkle-in-the-eye style of that previous song and compare it to what was coming out of my car’s speakers whilst driving the same road. I was not disappointed; the energetic rhythm and mellow vocals were still present but now accompanied by a more mature, ever so wistful dash of introspection that showcased a group of musicians comfortable enough in their own skins to make music that seems to be an honest reflection of where they find themselves in the world today.

But let’s get back to that blues-rock label that is bandied about so easily in the semantically challenged South African music industry – these guys manage to make it their own by blending a distinctly South African flavour, including some maskanda, with traditional blues-rock vibes. Their songs manage to charm the ear with alternatively wry, witty and poignant observations on life, love, people and places without the pretence or pomposity that so often accompany those themes.

Some of the lyrics do come across as a bit clichéd but are presented with such insouciance and a sense of personal experiences being shared that you are seduced into smiling along to lyrics like: “these are the crazy days of the wild, wild years” and “we drink from a poisoned well, sucking on a toxic sky”.

Songs like Ghosts of Berlin and Don’t You Mess With Johnny are great musical vignettes that take you on an aural journey populated with interesting, almost noirish, characters and settings. My favourite though, Old Big Red, is an old fashioned ass-stomping bristling bushpig of a rock ballad that will make you want to do extensive damage to a bottle of Wild Turkey under the delusion that you too could have been a rock star if the planets were differently aligned.

Production values are great throughout A Few Grains of Sand, courtesy of SAMA award winning producer Peter Pearlson. So you can crank that sucker up all the way on your next road trip, hopefully educating some U2 listening plonkers as you go along.

It is interesting to note that despite a lack of coverage in mainstream media and a marketing effort that makes the word ‘lackadaisical’ look energetic, The Lyzyrd Kyngs have been playing to full houses and rapturous commentary on social media where they have a loyal following. Which is maybe a good thing for a brand – and I use that infernal word in a very circumspect manner – that prides itself on its unpretentious focus on what matters most, the music and the audience. But for goodness’ sake at least update the gig section on your website guys!

Here’s to many more years of warm-blooded reptile rock as we all inevitably inch towards that next highway around the bend.

Reminds of » they have their own unique flavour, but if you are one of those poor sods who needs to be prodded along –  some guitar sections are reminiscent of Lynyrd Skynyrd and Neil Young is an obvious influence.

Perfect for » road trips • chilled out braais in the bush or on the beach • when your cherry left you for another guy and you need some time to plan when and how you going to kick his 6 foot 6 arse • the moment you realise the corporate sausage factory lied to you and you will never be a warrior, only a cog.

Get the album  •  iTunes or Amazon 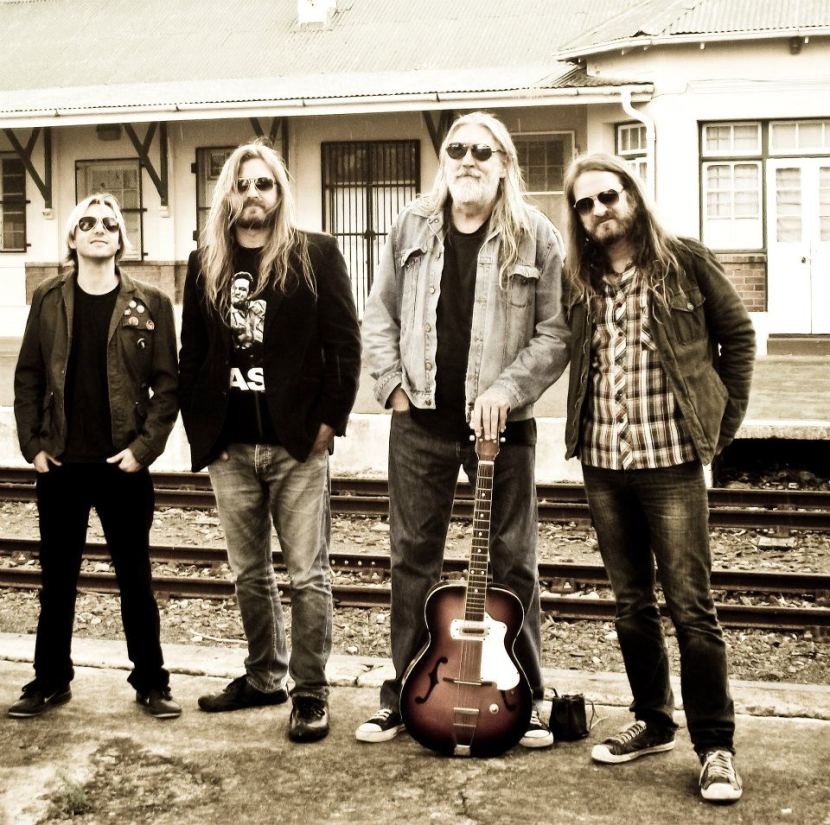